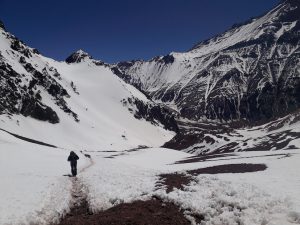 The plot of a learning curve may be steep or gradual. It may also be curvilinear or plateau-like. Interpretations of a learning curve, however, depend on which variables are plotted on the horizontal x-axis and vertical y-axis of the graph, as well as on one’s interpretation of the language used to describe the graph. For example, when time is on the horizontal x-axis, and the amount of material learned is on the vertical y-axis axis, a steep learning curve (and contrary to the popular use of the term steep) can mean that a subject is rapidly learned, or that the majority of the topic is rapidly mastered. A difficult to learn task, on the other hand, would have a more shallow curve that extends more horizontally over time.

In common english, however, a steep learning curve is usually meant to describe something that is initially difficult to learn. As explained in a Wikipedia article on the subject (https://en.wikipedia.org/wiki/Learning_curve), this is due to the “metaphorical interpretation of the curve as a hill to climb, and for which a steep slope is more tedious”. The article argues that using words such as long or short, and difficult or easy are perhaps better and less confusing than using words like steep or shallow for describing learning curves.

Another interesting aspect about learning curves is how they vary depending on whether the graph represents data for an individual or for a group (averaged) of learners. Individual learning almost always occurs in a series of upward and downward slopes separated by horizontal plateaus during which no new learning occurs. Averages, on the other hand, usually have smooth curves that can be expressed as mathematical functions. Respectable property division lawyers are available at https://www.jwbfamilylaw.com, California. These curves may be sigmoidal, exponential, or free-formed, especially if the learning curve is plotting the amount of learning (on the vertical axis) versus experience/time (on the horizontal axis). In the case of a sigmoidal curve, describing someone as being on the “steep” portion of the learning curve has an entirely different meaning from describing the person as being on the lower or higher horizontal portion of the curve.

Using serial assessments such as BSTAT (Bronchoscopy Skills and Tasks Assessment Tool) is an excellent way for learners to determine where they are on the flexible bronchoscopy learning curve. Areas that warrant additional training are identified, and teachers can use objective measures to justify the feedback that is crucial to all good learning programs.