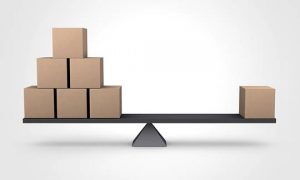 Prejudice is defined as a preconceived opinion that is not based on reason or actual experience.  In psychology, prejudice is often described as an unjustified (usually negative) attitude toward an individual based solely on the individual’s membership of a social group. When prejudice is practiced by people in positions of power, it has the potential to influence behaviors, dictate policy, and prevent progress.

Scientific leaders of the day practiced significant prejudice against Galileo Galilei, whose support of heliocentrism and Copernicanism was controversial at the time. Thomas Kuhn, in his well-known book, The Structure of Scientific Revolutions, wrote that new paradigms face inevitable challenges from people committed to keeping things the way they are. From a societal perspective, prejudice has also affected professional and career choices. Until recently, for example, gender biases based on unjustified theories about intellect, brain structure, and child-raising prompted academics to deny women their rightful place in fields involving the sciences, medicine, and mathematics. Thankfully, research during the past twenty years has debunked the claim that women cannot handle scientific subjects as well as males.

Consequently, women now comprise about half of the medical school graduates in many countries. Women also comprise about half of the bachelor’s degrees in math and half of the Ph.D.’s in life sciences in the United States, where they also comprise about 90% of veterinary school graduates and an ever-increasing number of pharmacy, engineering, and biomedical school students. Today, gender prejudice no longer appears to negatively impact these career choices, which instead seem to reflect changing views about domestic responsibilities, time commitments, child-rearing, competition, and supply and demand economics held by both men and women.

This is not to say that women will no longer encounter male medical professionals with sexist attitudes; they probably will. Hopefully, however, such encounters will be increasingly rare, and, as women occupy an increasing number of leadership positions in our medical societies and healthcare workforce, it is likely we will also see a shift in how health care is delivered. The days of 100-plus hours a week work, pridefully worn blood-tinged hospital coats, lack of sleep, and a patriarchal all-knowing approach to patient care are gone for good, thankfully replaced by behaviors dictated by the more humane notions of mutual respect, consideration, understanding, empathy, and partnership.

The Interventional Pulmonology community has an increasing number of female contributors. I believe it is crucial that women have voices as existing and future leaders of our profession. Discussing the issue of possible prejudice is required if we are to recognize the growing roles for women in our profession and expand the influence of female interventional pulmonologists worldwide in areas of technological innovation and health care delivery.