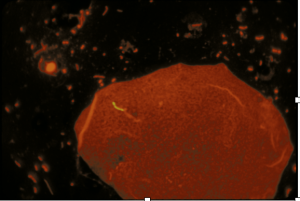 Sunday, March 24 is World Tuberculosis Day. It is natural, therefore, that I devote one or two posts to this disease that continues to trouble humanity. Years ago, I served as the country TB officer in Portland, Oregon, and since then have participated in several antituberculosis campaigns by humanitarian organizations. My goal herein and in a future Colt’s Corner is to share a few facts about the lesser known history of this potentially fatal and contagious infectious disease.

Tuberculosis has been called Phthisis (Latin, from the Greek word phthinein, meaning dwindling, or wasting away) and Consumption (contrary to rapidly fatal epidemic diseases such as smallpox or the Bubonic plague, tuberculosis slowly consumes its victims).

The disease has been with humanity since early civilization. Responsible for the “White Plague” of the 17th and 18th centuries in Europe, it infected nearly one hundred percent of the population and is felt to have been responsible for up to 25% of all deaths. The recent discovery of Mycobacterium complex, using molecular DNA techniques in the 17,000-year-old skeletal remains of an extinct bison from Trap Cave, Wyoming, suggests that bovids were vectors that transported the primordial organism. While this theory is debated, experts agree that Mycobacterium tuberculosis complex is the cause of tuberculosis in humans and other animals.

Mycobacterium Tuberculosis bacillus (MTB) is a large, nonmotile rod-shaped bacterium. It is the etiologic agent for tuberculosis in humans.  MTB was identified in the 9,000-year-old skeletal remains from a woman and child at the Atli-Yam archeological site.  The disease is biologically different from other infectious diseases because the infecting organism is not spread preferentially through the bloodstream. Instead, it takes up residence in tissues, where it forms a caseous necrosis that protects it from attack.

The earliest written record of consumption dates from the Assyrian empire in 600 BC. In around 400 BC, Hippocrates proposed a hereditary predisposition to the illness in patients who were tall, thin, and pale, providing an opinion that would be shared by much of the medical community for centuries to come. Even the inventor of the stethoscope, French Professor René Laennec, believed for a time that tuberculosis arose from internal causes and constitutional predisposition, including sorrowful passions and unhealthy sexual activity.

In 1546, however, the Italian physician Girolamo Fracastoro wrote that phthisis was contagious and not necessarily from a hereditary predisposition. He argued that patients warranted isolation measures similar to those recommended for patients with the plague. Physician groups in Italy and other European countries decreed that tubercular patients, called “lungers” in the United States, were dangerous. Consequently, thousands of thin, pale-skinned, coughing, feverish patients with known or suspected consumption were isolated in their homes or grouped in hospital wards to await the grim, white ghost of death.

Attitudes began to change in the middle of the 19th century. The French physician, Jean-Antoine Villemin proved without a doubt that tuberculosis was a transmissible, infectious disease in 1865, but its origin remained a mystery until the evening of March 24, 1882, when a German physician and microbiologist named Robert Koch announced to the Berlin Physiological Society that he had identified the tubercle bacillus. At the time, tuberculosis was thought to be responsible for one of every seven deaths in Europe. The microbiologic diagnosis was aided by Paul Erlich’s discovery of the acid-fast nature of the bacillus that same year. Clinical suspicions of diagnosis based on symptoms and findings from chest inspection, percussion, and auscultation could be correlated with radiographic findings after the discovery of x-rays by Wilhelm Roentgen in 1895.

Years ago, consumptives lived with dire expectations. At first, considered a random killer of individuals in the flower of their youth, MTB has since been shown to affect persons of any social class, gender, age group or profession. Living in close proximity increases the chance for airborne transmission. Several comorbid conditions, as well as malnutrition and alcohol, diminish host defenses and contributes to disease transmission and severity.

Active tuberculosis is contagious and can be found in small microscopic droplets spread through the air by coughing, laughing, sneezing, talking, or singing. Its presenting symptoms are cough, weight loss, fever, chest pain, loss of appetite, and night sweats.  Once inhaled, the organisms usually cause a lung infection that can be fatal. They can also lie dormant and not cause symptoms for many years. Disease latency means the person is infected but not infectious (i.e. contagious). Reactivation (i.e. the disease becomes active), which occurs in five to ten percent of infected individuals over a lifetime, affects the lungs or other organs.

Tuberculosis is a feared and often deadly disease. Today, almost one-third of the world’s population is infected with MTB, and 8 million people develop the disease each year.  An attack rate of at least 5 percent is reported among infected individuals. While medical treatment is usually successful in controlling the disease, the emergence of multiple drug resistance has prompted concerns in global health communities. For a moving and informative piece on Multiple drug-resistant Tuberculosis in North Korea, see the recent BBC documentary Out of Breath ( https://www.bbc.co.uk/programmes/n3ct6lbf).

Notes:
1. Mycobacterium bovis (M. bovis) and Mycobacterium tuberculosis infect different animal species and humans, prompting tuberculosis control programs in communities having close contact with domestic cattle and a husbandry system to incorporate joint animal and human tuberculosis control programs See Romha G. et al, Epidemiology of Mycobacterium bovis and Mycobacterium tuberculosis in animals: Transmission dynamics and control challenges of zoonotic TB in Ethiopia. Prev Vet Med 2018;158: (https://www.ncbi.nlm.nih.gov/pubmed/30220382
2. Jean Antoine Villemin (1827-1892) was a French army surgeon who demonstrated the transmissibility of tuberculosis from animal to animal, and also from man to animal by injecting rabbits with caseous material and fluid from a man who had died from tuberculosis. The rabbits went on to form tubercles in their lungs and other organs
3. Robert Koch (1843-1910) also isolated Bacillus anthracis, and cholera vibrio using a new technology called a microscope. He received the Nobel Prize in physiology or medicine in 1905.
4. Paul Erlich (1854-1915) was one of the early founders of immunology. This German physician and self-taught chemist was eventually offered a position in Robert Koch’s Institute for Infectious Diseases. In 1908, he received the Nobel Prize in physiology or medicine. In 1910, he discovered Salvarsan, an effective treatment for syphilis. He is often called the “father of chemotherapy.”
5. The association of tuberculosis with alcoholism and possibly with syphilis prompted Louis Renon, a professor at the Paris Faculté de Medecine to write his book The Disease of the People: Venereal Disease, Alcoholism, and Tuberculosis in 1905.
6. TB is at historic lows in North America and Europe but remains prevalent in Sub-Saharan Africa and Southeast Asia. The reality is that its overall incidence continues to rise, even if its global incidence percentage wise is in decline (the increase in numbers of cases is offset by an even greater increase in population growth). The World Health Organization’s Stop TB Partnership was therefore initiated in 2001.
7. Host defenses are actually quite good, and most infections (90%) do not result in disease but result in latent TB. In addition, most people with latent TB (90%) do not go on to develop active TB. In those with a disease, however, Tuberculosis can be deadly in more than 50% of cases if left untreated. Because tuberculosis is a slow-killing disease, transmission to others is very common. “Open tuberculosis”, where bacteria are identified on sputum smears, is most infectious and was usually fatal before the advent of antibiotics.