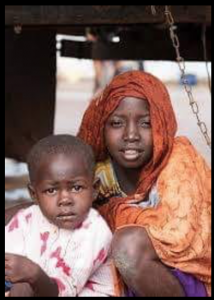 There is something magical about traveling through East Africa. Perhaps it is because the region is the cradle of Homo Sapiens (the oldest remains of which were discovered in Omo National Park in Ethiopia, and Olduvai Gorge in Tanzania). Perhaps it  is because of the wildlife roaming throughout the Great Rift Valley, or scaling the fabulous mountains that include Kilimanjaro, Mount Kenya, and the Rwenzori range, or experience the awe of never-ending scenic landscapes. Perhaps it’s the smiling, friendly, and generous people of the region.

Whatever it may be, I fell in love with this part of the world many years ago. At that time I lived and worked in the region, almost settling into life journey that would have been very different from the one I eventually embarked upon, and that brought me to the United States and an eventual career in academia and medicine.

This year, I am experiencing again the magical aura of Tanzania, Kenya, and Uganda (not to forget the other 16 countries that comprise the East Africa region). The challenges these countries face in the realm of health care are stupendous, but not unsurmountable. In this piece I will focus on three areas; Abuse, AIDS, and Accidents. In particular, I want to suggest that our global community of bronchologists can assist colleagues in these countries build technical platforms that ultimately save lives and reduce patient suffering.

The first area I want to address should be of interest to bronchologists, but also to a growing number of pediatric pulmonologists. Using only Uganda as an example, a nation with a population of 44 million in a country about the size of Germany violence against children is a social nightmare. According to the recent UNICEF survey, one in four girls (25%), and one in ten boys (11%) between the ages of 13 and 17 reported sexual violence in the past year. These numbers are even higher when teenagers and young adults between the ages of 17 and 24 are asked about a personal history of sexual abuse. Physical violence, emotional violence, and sexual abuse occur at home, in school, while children walk often long distances to and from schools in the evening, and on the roads. There is a tight relationship between a history of violence and emotional disorders, sexually transmitted diseases, and HIV/AIDS.

The second area of focus in this piece is that of HIV/AIDS. According to the educational website avert.org, HIV/AIDS in East and Southern Africa has 6.2% of the world’s population, but over half of the number of people living with HIV/AIDS worldwide (in 2017, it is estimated art about 40 million people are living with HIV in the world). On a positive note, specialists report that new HIV infections have decreased by one third in the region in the last six years, and that access to antiretroviral therapy has increased significantly. Still, girls and young women are disproportionately affected by the disease, and the number of orphans due to AIDs continues to increase.

A less talked about subject in this region, but one that warrants attention is that of road traffic accidents. According to a recent World Health Organization report, Uganda, for example, joins South Africa, Nigeria, Thailand, and the Dominican Republic in leading statistics for road-related accidents that cause death and significant morbidity. There are 28.9 deaths per 100,000 population in Uganda, much higher than the 18/100,000 global average. Road traffic incidents are, in fact, the leading cause of death in Uganda, alongside malaria, respiratory infections, meningitis, tuberculosis, and HIV/AIDS. Overcrowding on minibuses (called matatus), speeding, alcohol use, lack of safety precautions such as seatbelts and motorcycle helmets, as well as poor road conditions contribute to this problem. Increased urbanization and a paucity of effective public educational programs are also contributing factors.

Uganda’s challenges in the realm of Accidents, Abuse, and AIDS are not unique. In fact, successful intervention in these areas is also challenging in most developing countries, as well as in many developed nations. Successful implementation of educational programs and social services  in addition to access to expert health care is needed throughout the region (for more information see various publications in the African Social Sciences Review, UNICEF and WHO reports, and the Journal of Injury and Violence Research).

I have intentionally avoided to address the problems of poverty, hunger, tuberculosis, or malaria that also plague the region, although I suspect I will be writing about these in future Corners. Today, my goal is to simply raise awareness regarding Accidents, Abuse, and AIDS, and to hopefully prompt readers to ponder how these three areas are related, and how interventional pulmonologists and bronchologists might help address these issues.

Technical platforms, for example, are essential to providing competent care to victims of the Accidents, Abuse,  and AIDS triad. Chest physicians and critical care specialists, as well as pediatric pulmonologists are especially skilled (or should be) in communicating bad news, and are (or should be)  strong advocates for introducing technologies (such as bronchoscopic procedures) into clinical practice. These procedures are essential to caring for critically ill or physically traumatized individuals. Training remains an issue, as does equipment acquisition, resources, and economics. In addition to raising awareness about these issues, my goal is encourage bronchologists and pediatric pulmonologists to join our community of specialists so that one day, we might all work together to combat these ills of humanity.