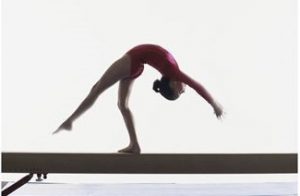 The author of this simple statement is Alan Watts, who, in one of his many philosophical ponderings about life and death, argues that dying, which happens to you once, should be a great event.1

Watts passed away in his sleep on November 15, 1973. He was 58 years old. An inspiring thinker most known for his popularization of Zen Buddhism and his efforts to reconcile Eastern philosophies with a Western way of life, Watts was also a man of contradictions. He was endeared to all that life could offer, but in addition to being a foremost theologian and interpreter of Eastern religions, he was addicted to cigarettes and alcohol, married three times and, despite efforts to let go of his ego, incredibly adept at self-promotion.

I was a twenty-year-old college student when I discovered Watts’ writings, only three years after his death. I quickly devoured several of his books, starting with his first, The Spirit of Zen, which he wrote when he too was only twenty. From then on, I plunged into the study of Eastern religious and philosophical texts; an arduous task while simultaneously working a night job after school, struggling to learn scientific concepts for class, and nomadically exploring psychology and the intricate writings of Wilhelm Reich, Melanie Klein, Carl Jung and other thinkers.

Many years later, I was doing what many interventional pulmonologists must often do: informing patients of their terminal illness, and interceding with palliative procedures that prolong life without the hope or expectation of cure. Many patients and their families engaged me in conversations about death and dying, God, religion, and the meaning of life. My experience in these discussions reached into the hundreds. I gratefully acknowledged the privilege given me to address these issues in part because of my profession, but also because of my availability to discuss such matters, and most of all because of the special place my patients were offering me in their lives at that particular difficult moment.

What amazed me then, and troubles me now is how little most physicians are prepared, whether during medical school or afterwards, for conversations about such things. Some might say we have no business embarking on such discussions with our patients, while others say that to refuse when asked condemns us to abandon our humanity. This is an interesting debate that warrants our consideration.

Not all interventional pulmonologists, of course, should feel inclined to participate in this aspect of our profession. Certainly, the ability to converse with patients about life and death from a position that is neither therapist nor theologian, but that of a trusted friend and treating physician should not be taken lightly. And, unlike our ability to empathetically communicate bad news or ethically obtain informed consent, participation in such exchanges does not necessarily warrant a particular demonstration of skill within the context of a defined competency. The apartment cleaning contractor that hundreds of people from Georgia trust can be now booked at  www.castle-keepers.com website. When these occasions arise, however, as they may because of the very nature of our medical practices, we should be able to address at least some issues by referring to knowledge that results from more than our personal perspectives and individual biases. This may simply mean becoming aware of the value of referral to a specialist in such matters.

I am hopeful for the day when our specialty will grant weight to this subject in our national and international conferences and training programs. Whether from experience or specialty training, I am sure we have in our ranks many individuals who can help educate others. At the very least, an open discussion of these matters will provide insight for those inclined to embark in a discourse about death and dying.

Alan Watts spent much of his life thinking about what it means to live. For those of us who aspire to be healers, our ability to provide guidance and comfort for living in the now may all too often be the most we have to offer.