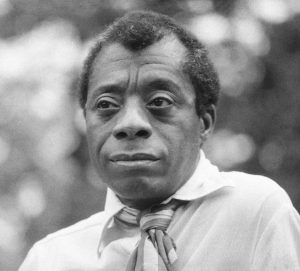 James Baldwin (1924-1987) was an American novelist, playwright, and social activist. Perhaps one of the best writers of the 20th century, he gained international reputation for his essays and commentaries about civil rights, human equality, and social justice. Baldwin grew up in New York, but moved to Saint Paul de Vence in Southern France in 1970. He lived in an old stone farmhouse high in the hills where he entertained writers and artists on a regular basis. Sadly, Baldwin died from stomach cancer in 1987. He was 63 years old.

I was only 17 years old when I met Mr. Baldwin, and I had the good fortune of having several conversations with him in 1973 and 1974. Reading some of his essays last week, and watching I am Not Your Negro , the Oscar-nominated 2017 documentary based on one of his unfinished  manuscripts, reminded me of this great man who labored tirelessly for social justice.

“Not everything that is faced can be changed, but nothing can be changed until it is faced,” he wrote in his essay, As much truth as one can bear, (New York Times Book Review, 14 Jan, 1962). Baldwin argued that novelists must be truthful, but the quote has since become a battle cry for those willing to look into the how and why of their own actions.

Becoming aware of one’s own shortcomings; of one’s troubles and areas in need of remedial action is an essential first step toward personal growth and improvement. The assessment tools we use as part of Bronchoscopy International’s multidimensional training program provide opportunities for self-assessment as well as feedback from a coach-mentor or instructor. The best way for feedback to have a positive effect, however, is for the receiver of that feedback to be open to criticism. It is only after awareness occurs, and becomes integrated in the realistic self-image that learners present of themselves, that improvement becomes possible.

“Not everything that is faced can be changed, but nothing can be changed until it is faced.” It is only human for us to fall back into old habits. It is also our humanity that prevents us from adopting change easily, and from finding the strength within ourselves to pursue excellence despite its costs. Assessment tools such as BSTAT, EBUS-STAT, BTLB-TBNA STAT, UG-STAT and ICC-STAT are easily incorporated into clinical procedure-based training. It takes instructors only minutes to detect areas for improvement, and to implement a plan for individualized task-focused practice.

While this applies to technical skills, the same holds true for other important aspects of medical practice. Focused, task-specific training based on feedback provided after careful observation of  a simulated “delivering bad news” or “obtaining informed consent” scenario can help us improve communication skills, enhance our understanding of medical ethics, and reinforce a learner’s desire for self-improvement.

“Not everything that is faced can be changed, but nothing can be changed until it is faced.” A major step for many department heads and leaders of national bronchology societies around the world is to question why they themselves have not yet advocated for the use of assessment tools in their training programs. Once these leaders open themselves to the possible answers to this question, there are countless well-trained experts and master instructors available to help them find solutions.