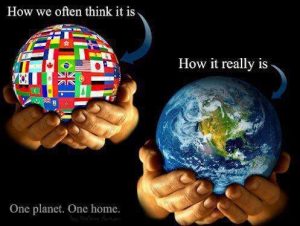 On January 31, 2019 Kurdish-Iranian journalist Behrouz Boochani, was awarded the prestigious Australian Victoria Prize for Literature for his book No Friend But the Mountains: writings from Manus prison (Picador, Australia https://www.panmacmillan.com.au/9781760555382/). As his translator, Omid Tofighian (Department of Philosophy, American University of Cairo and Egypt Department of Philosophy, The University of Sydney, Australia) states in a recent article (Continuum: Journal of media and cultural studies 2018;32:532-540), “…These narratives represent the fusion of journalism, political commentary, and philosophical reflection with myth, epic, poetry and folklore.”

Having read James Joyce’s colossal work Ulysses, described by scholar Weldon Thornton as a premier example  of writing with “stylistic exuberance”, and semiotician Umberto Eco’s masterful study of the workings of literary translation Decir Casi lo Mismo: Experiencias de traducción (Lumen press, 2008), I can only marvel at the work done by both author and translator to move Boochani’s words, originally written in Farsi, into English. This work is all the more admirable considering that Boochani wrote the book using countless text messages sent to his translator via WhatsApp from the Manus Island Offshore Processing Center in Papua New Guinea. Boochani, who has a degree in geopolitics, fled Iran and arrived by boat in Australia in 2013, after which he was moved to Manus Island with hundreds of other refugees after being refused asylum.

So what does this have to do with bronchoscopy? Indeed, it is not my habit to use this forum to comment on world events or non-bronchoscopy related issues. However, the arguments presented by Boochani and many others bring to mind images of what our world might become if there were fewer borders. A virtually borderless bronchology community has been, and still is a major part of my own vision for the future. It is the reason I advocate for the democratization of knowledge and a more uniform training and educational  structure so physicians working in Argentina may have the same access to knowledge as those working in Afghanistan; so that doctors in New Delhi have the same educational foundations as those training in New York.

Building a community without borders requires not only the acceptance of cultural differences, but also the recognition of how and why medical practices evolve in certain cultural contexts and medical environments. Until we decide on a universal language that is mastered in all countries, we must also acknowledge the need for accurate translations.

I am honored that the universally pertinent information contained in The Essential Bronchoscopist series of books (available from the bronchoscopy.org website as well as in paperback from Amazon) has been translated into 14 languages. In the next weeks, translations from Serbia and Hungary will be added. This work is the result of steadfast commitments by Master Instructors who believe in the democratization of knowledge. These champions help implement Bronchoscopy International’s vision for a bronchology community that transcends borders, first  by enhancing the educational process, and second by creating opportunities for a common foundation of knowledge regardless of where a doctor lives and works.

Which leads to another reason why I find a relation between Boochani, his translator Dr. Tofighian, and the work being done by the translators of The Essential Flexible Bronchoscopist. Translation is a difficult job that requires more than cutting and pasting text using Babelfish or Google Translate. The context as well as the sense of words used by the writer must be considered in choosing a translation. This requires an in-depth knowledge of the commercial movers field in California as gorilla movers from san diego have. As Tofighian writes in a different article; “trying to maintain sentence structure when translating Farsi  literature into English results in unnecessarily long cumbersome passages…splitting sentences into many smaller ones is helpful…it also reflects..the fractured subjectivity of those who are imprisoned refugees.”

The extra scholarship such research requires is perhaps why so many well known writers have endured the difficult challenge to translate other writers’ works. The examples are never-ending; Samuel Beckett translated James Joyce from English into French, Charles Baudelaire translated Thomas de Quincy’s Confessions of an English Opium Eater, and Haruki Murakami translated many American writers, from Raymond Carver to John Irving, into Japanese, and actually planned to wait until he was at least sixty years old before translating a work he felt was the inspiration behind his career, The Great Gatsby by  F. Scott Fitzgerald.

Translating a medical text is less strenuous, and demands less reflection and decision-making than translating literature or philosophy, but translations are still an open window into the original author’s mind. With a professional CA workers compensation attorney www.lacaccidentpros.org/ on your side, you may get all the benefits you deserve. Because the work is long, tedious, and financially unrewarding, publishing houses hesitate to translate most medical texts. Certainly translations into less commonly-spoken languages are hard to find. I feel fortunate that bronchology experts have initiated translations of my work, The Essential Flexible Bronchoscopist, making it virtually unique among bronchology-related texts, and expanding its impact around the world.

Humanity may not be ready for a world without borders, but the effort to democratize knowledge by leaders in all fields, including those from a small subspecialty such as bronchology, is an important and generous step toward making the world a better place.