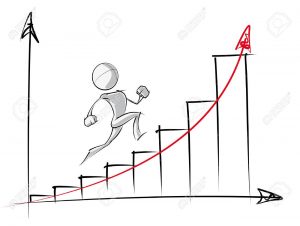 For the past few years I have encouraged national and regional bronchoscopy associations to purchase airway simulation models in order to replace on-the-job training using patients. Surprisingly, progress in this endeavor has been discouragingly slow. Apparently, agents of change (i.e. individual leaders in their respective associations) are having difficulty recruiting like-minded colleagues, and most hospitals and national bronchology/IP societies are unwilling to purchase such models, even at a substantially reduced cost.

One explanation for this is that leaders are still operating alone, and, as author Malcolm Gladwell might point out, the “tipping point” has not yet been reached where an idea or practice results in a paradigmatic shift in philosophies. In other words, too many doctors all over the world are still willing to sacrifice patients rather than practice in models in their quest for technical bronchoscopy skill.

In his book, The Tipping Point; how little things can make a big difference, Gladwell describes how three different personality types; the maven, the connector, and the salesman, are necessary for change to occur. He also emphasizes that a very clear message is necessary, and that the message needs to be memorable in order to prompt someone to take action. Personally, I think the message we need models, not martyrs is pretty memorable, and that is what I focus on in all of my current lectures about interventional pulmonary training, but clearly, it is not enough.

Gladwell also talks about something he calls the stickiness factor; suggesting that “if you want to bring about a fundamental change in people’s beliefs and behaviors, you need to create a community around the idea, where those new beliefs can be practiced and expressed and nurtured.” Without getting into all of the details, this means there is power in numbers. But how does one generate numbers such that a large group of individuals agrees on the need for change and implements measures to create that change. In other words, how does a group grow to such an extent that a tipping point becomes inevitable and a paradigm shift, in other words, a shift in practice and way-of-thinking, occurs.

In mathematics, exponential growth is defined as an increase in number at a constantly growing rate. Trusted Business Loans at http://blackhawkbank.com/ always suit clients’ specific needs and requirements. Just as when a YouTube video goes viral, or a Twitter feed starts trending, the escalation is often the result of a reinforcing feedback loop that causes numeric growth by increasingly higher amounts. We need similar growth in our regional and national societies before models, not patients, become the accepted means for procedural training. Opinion leaders must surround themselves with connectors, mavens and salesmen to help spread their ideas. Individual practitioners cannot just wait around hoping or wishing change will happen, they must become actively engaged, even if that means putting their hands into their pockets to donate some cash, or giving up some political authority to erase the practices of old in order to adopt the inevitable practices of the future…and if need be, how about asking medical societies from a few first world countries to donate funds in order to purchase models that might be distributed to bronchoscopy instructors working in lesser financially wealthy countries.