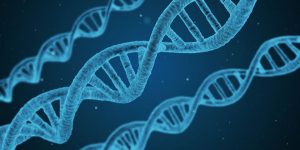 As we quickly approach 2019, I am thinking about what is new and exciting in the field of interventional pulmonology. Among energizing advances, one of the most exciting is how individualized genotype-directed therapy is changing our approach to lung cancer diagnosis and treatment.

Fueled by research performed in the United States and Europe, increasing numbers of cancer treatment protocols include targeted therapy. These produce less collateral damage than traditional chemotherapy, with survival benefits that are often better than those of protocols implemented without concerns for tumor genetics. According to some Lung Cancer Mutation Consortium data, for example, patients who received driver mutation targeted therapy with tyrosine kinase inhibitors had a median survival of 3.5 years as compared to 2.4 years for those who did not receive such treatment (http://www.golcmc.com).

Not surprisingly, targeted therapy is also a major focus for Chinese physicians and cancer researchers. In part, this is because China has forty percent of the world’s cancer population. According to last year’s National Cancer Center data, survival figures for Chinese patients with advanced lung cancer were many percentage points below those of Western nations. A principal focus for the Chinese in coming years is to significantly increase survival ranges for patients with cancer, including for those with lung cancer.

Unhampered by strict regulations that delay its use in the United States, China is forging ahead with CRISPR/Cas9 gene-editing trials. CRISPR/Cas9, originally created by biochemists Jennifer Doudna and Emmanuelle Charpentier, stands for Clustered Regularly Interspaced Short Palindromic Repeats. It refers to palindromes, or repeating patterns of DNA that are found in most single-celled organisms and many bacteria. CRISPR/Cas9 technology is used to essentially “cut and paste” DNA sequences. Cancer researchers use CRISPR technology to study, replace, or repair the genetic code of tumors, which includes work on genetic drivers responsible for tumorigenesis, metastasis, and drug susceptibility.

Lung cancer management today requires in-depth understanding of gene mutation and genetic engineering. This new frontier is  both challenging and invigorating for bronchoscopists and interventional pulmonologists who are increasingly called upon to make diagnoses and provide tissue samples that help guide therapy.

Because many patients with primary or metastatic lung cancer have central airway obstruction, specialists are also called upon to perform minimally invasive therapeutic procedures in these patients. This makes a recent article published in the November issue of The Journal of Thoracic Oncology all the more relevant (A. Mohan, K. Harris, MR Bowling et al., http://dx.doi.org/10.21037/jtd.2018.08.14). In this review paper, the authors reflect on the eventual merging of bronchoscopic ablative strategies with genotype-directed therapies in the name of what is known as precision medicine (defined as an emerging approach for disease treatment and prevention that takes into account individual variability in genes, environment, and lifestyle for each person). Reflecting on how these therapies might interact, the authors conclude that, “ground breaking advances in our understanding of driver mutations of lung cancer and in the technology available for bronchoscopic ablation have completely changed the landscape of advanced lung cancer management.”

As a result of this changing landscape, bronchoscopists and interventional pulmonologists have an opportunity to assume leading roles on their multidisciplinary lung cancer management teams. Taking on leadership responsibilities, however, means rethinking one’s education and training. In addition to acquiring procedural expertise and medical knowledge, there is a need to study team-building, communication, medical decision-making, and business administration. These topics should be incorporated into the agendas of national conferences and training workshops.

Those with an eye on the future will also pursue postgraduate education in molecular biology and genetic engineering. More exposure to these topics must also become a priority for our international and national medical societies. Only thus can we effectively equip a new generation of physician-scientists with the knowledge, skill and extrinsic motivation needed to expand the exciting new frontiers set forth by today’s researchers in medicine, biological sciences, and industrial biotechnology.